Australian A-league outfit Melbourne Victory have confirmed the signing of Italian striker Francesco Margiotta. His arrival was revealed in a statement from Melbourne Victory on their website and other social media portals. 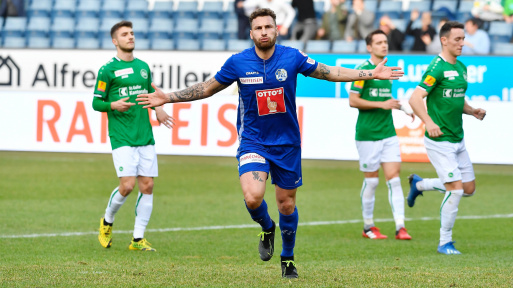 Margiotta, 28, joins Melbourne Victory from Chievo Verona in the Italian Serie B. He has signed for Melbourne Victory after spending almost a decade in Europe as a professional footballer. Margiotta can play as a lone striker or in a two-striker formation.

Italian player Margiotta began his footballing career in the Juventus Academy but he was unable to break into the first team in Turin thus prompting him to go out on loan to several clubs in the Italian Serie C and in Switzerland.

Margiotta began his professional football career nine years while he was on loan at Carrarese Calcio. He would spent the next two seasons at Italian teams Venezia, Real Vicenza VS and AC Monza as a Juventus loanee. The Old Lady then loaned him to Lausanne Sport in the Swiss league. The new Melbourne Victory signing turned his loan deal to a permanent deal at Lausanne Sport and he was part of the team that suffered demotion to the Swiss Challenge League. Margiotta left Lausanne Sport for Swiss top flight side Luzern two years ago and he was able to win the Golden Boot in his first season at the club to boost his reputation as a goalscorer.

Italian striker Margiotta returned to his country to play for Chievo Verona in the Serie B. He has decided to experience football outside Europe by signing for Melbourne Victory in the Australian league. Margiotta scored over 50 goals in 250 games while he was in European football.

In his first interview as a Melbourne Victory player, Margiotta said that he has heard about the passion for football in Australia and that he wants to experience it.