Melbourne Victory continued its pre-season campaign with a 7-0 win over Northcote City at John Cain Memorial Reserve on Wednesday night. A strong crowd of over 1,100 football fans turned out on a wet night in Thornbury to support both sides in an entertaining affair. Luis Nani starred in his 45 minute appearance, scoring twice and assisting another. 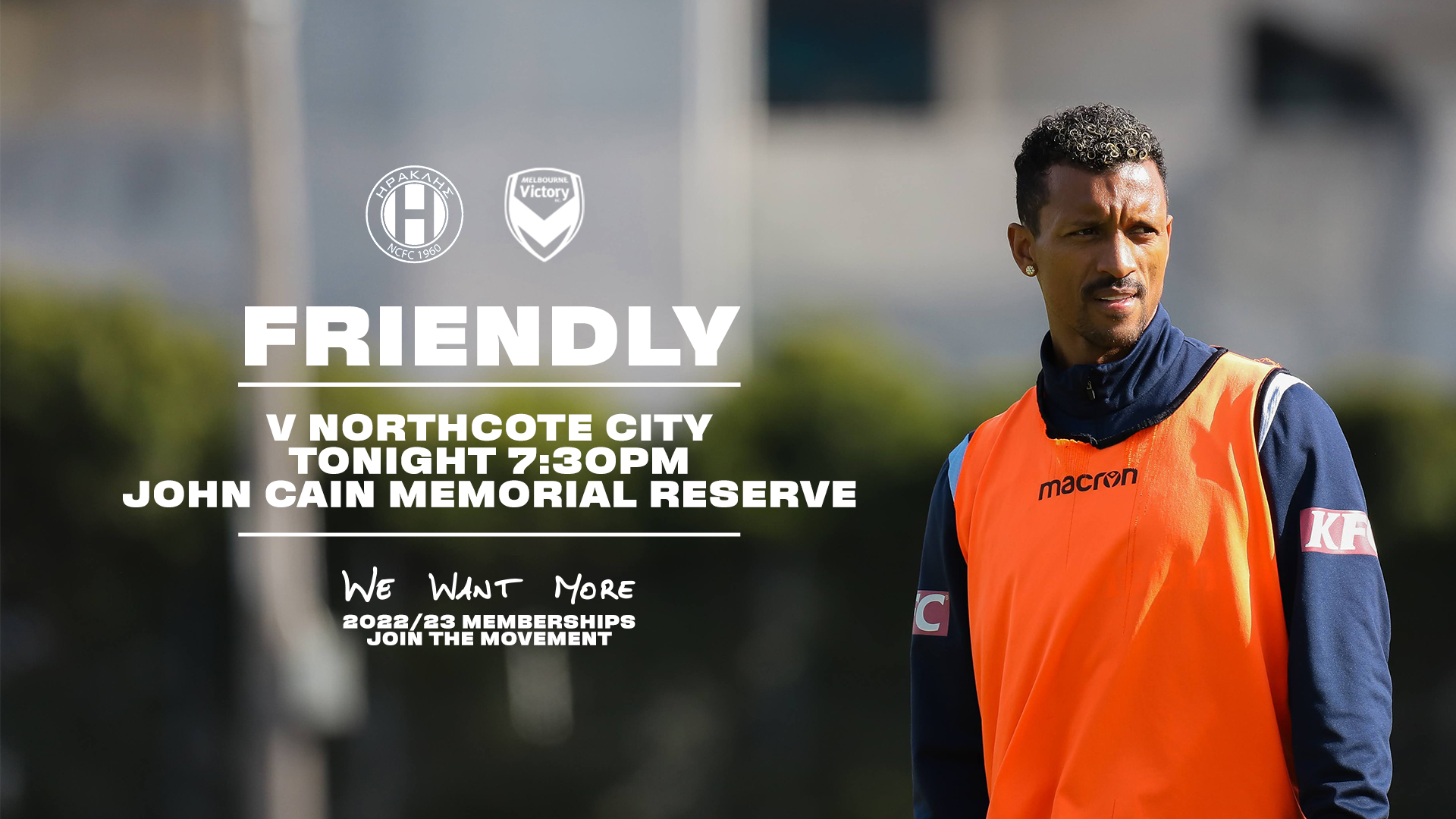 Nick D’Agostino made his first appearance back after returning from off-season shoulder surgery, starting the first half as he build his fitness and touch. Nani scored the opening two goals of the contest, finishing accurate balls from Kike Lopez and Chris Ikonomidis to kickstart Victory’s night and ignite the crowd. Lopez recorded his second assist when he found Josh Brillante moments later to make it three for Victory, before Nani claimed an assist of his own, finding Portugese buddy Roderick Miranda who finished superbly on the volley for their fourth goal.

The second half was another impressive attacking display by Victory, starting with a beautiful first-time hit from Ben Folami to the bottom corner to keep things rolling. Eli Adams earned a penalty midway through the half, setting up Rai Marchan to finish the job from the penalty spot. Victory’s final goal was arguably the pick of the evening, as Nishan Velupillay took on multiple defenders before cutting in and sizzling a shot past the keeper.

Melbourne Victory will be hoping that the win will come as a huge boost to the confidence of the players going into the season as they look to have a great campaign.