Sydney FC have announced the departure of Elvis Kamsoba.  The striker had been with the A-League club for one season, having joined from Melbourne Victory.  Iran is the Burundian international’s next destination, having joined Foolad Mobarakeh Sepahan Sport Club. Kamsoba had played the totality of his professional football in Australia.  Born in Burundi, the now-26 year old’s family were forced to flee civil war when the footballer was just four months old.  After eleven years in a refugee camp in Tanzania, they migrated to South Australia. 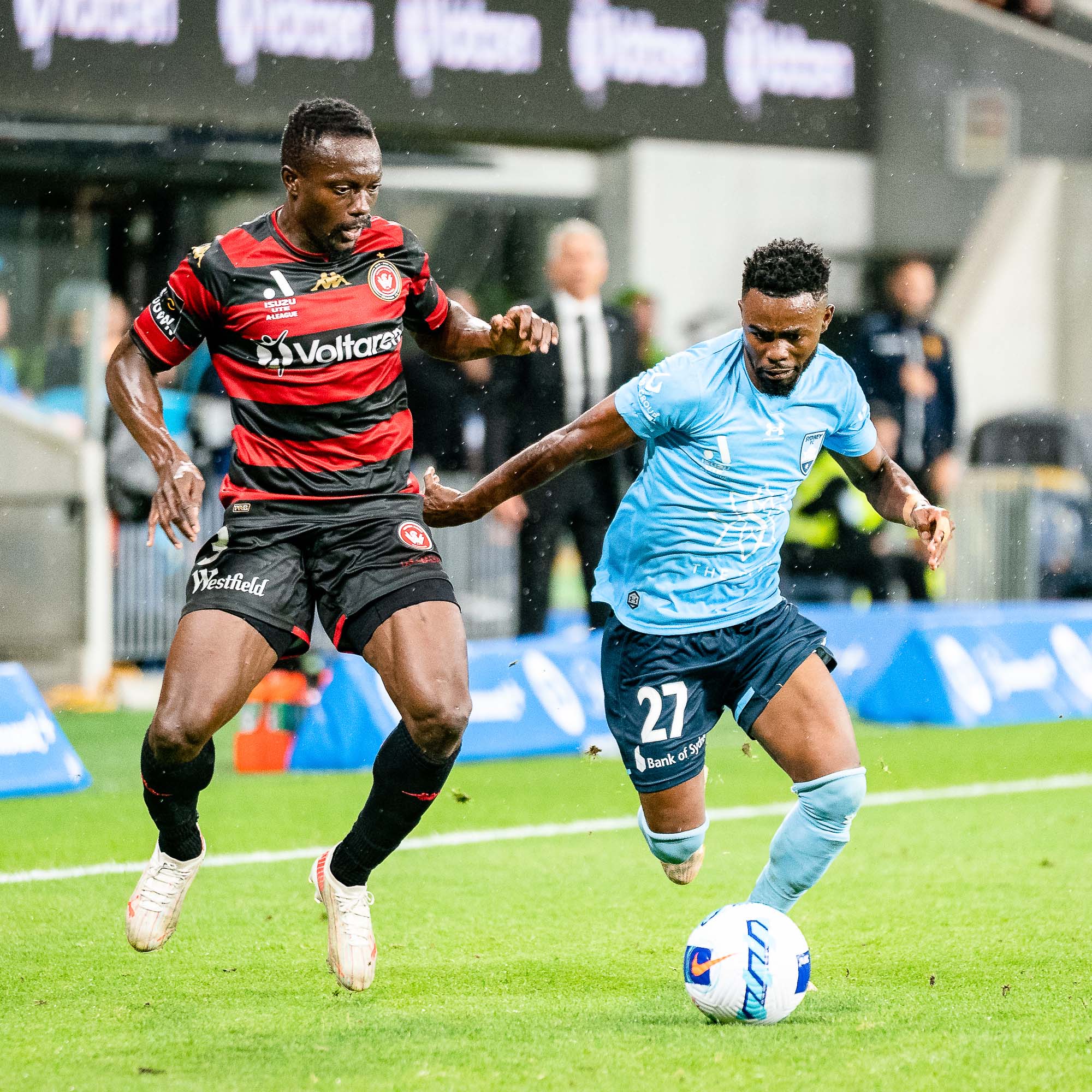 It was in Adelaide that the young striker would start his footballing career.  He played for several NPL clubs, Adelaide Raiders, Croydon Kings, Melbourne Knights and Avondale FC, before signing with A-League club Melbourne Victory in 2019. After 18-months with the side he moved to Sydney FC last season, signing a two-year contract.  With this transfer to Sepahan Sports Club, the Sky Blues were reportedly paid $400,000 according to the Tehran Times.

Following the move, Kamsoba revealed that its a life-changing move not just for him but also for his family as well he was also very quick to show his appreciation to Sydney FC for their willingness to discuss the deal and also reaching an agreement as well. Sepahan have announced that the transfer was made complete after Kamsoba passed medical tests with the club and participated in a training camp with the side in Turkey.  He is now signed with the Iranian side on a two-year contract.

Kamsoba’s younger brother Pacifique Niyongabire remains in the A-League though, with one year remaining on his contract with Perth Glory. He will be hoping that he can also make a huge impression at his current club if he wants to seal a move away to a better side