Five months after the A-League last match, Melbourne Victory and Sydney FC have been drawn again. 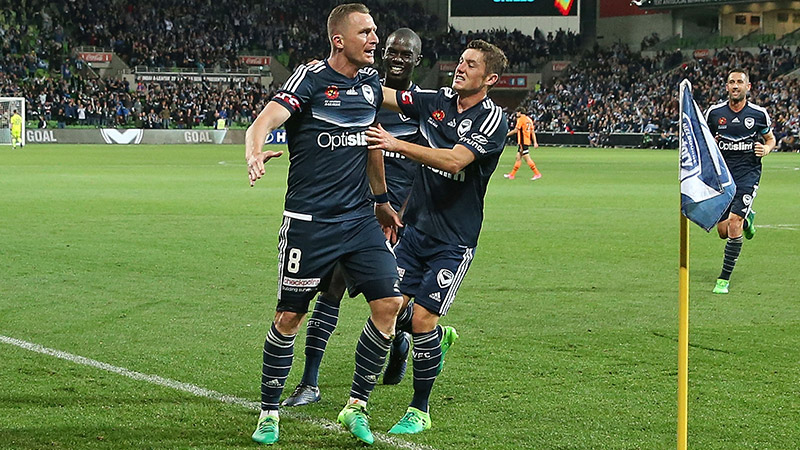 Yet another match like the A-League Grand Final between Melbourne Victory and Sydney FC takes the opening round of the 2017/18 draw that was released.

The two Australian clubs will meet at Etihad Stadium on 7th of October, five months after the Sky Blues won the 2017 decider in a penalty shoot-out in Sydney.

“It gives me great pleasure to release the Hyundai A-League 2017/18 season fixtures under a new logo and brand identity.” Head of Australian A-League Greg O’Rourke expressed. Compiling this fixtures has been a challenging process to consider the preferences of the clubs, venue availability, weather condition and also the AFC Champions League 2018.” He added.

O’Rourke also noted that a new feature had been added to the fixtures for the new season, one which will see participating clubs play one another twice within the rounds one to 18. Whilst any effects of this on the odds can be rectified by using unibet bonuskoodi, the extra matches will have some impact on the outright markets.

He also stated that the remaining nine rounds will have each club playing one another just once in the build-up to the Hyundai A-League 2018 Finals Series.

“The Chase” is the name given to this stretch of nine rounds, with 27 points on offer in the run home to round 27.

Some other interesting clashes will take place as the Central Coast Mariners will be hosting the Newcastle Jets in the F3 Derby, Adelaide United visit Wellington Phoenix and the Western Sydney Wanderers welcome Perth Glory to Spotless Stadium.

The second will welcome the first Melbourne Derby of the season, while Sydney FC and the Wanderers will take on each other a week later.

Football Federation Australia (FFA) has also split rounds 20 and 22 to help the clubs in the AFC Champions League. Victory Melbourne and Sydney have also qualified for the group stage with Roar potentially joining them.