Melbourne Victory have earned a slim advantage over Western United at the end of their A-League Men semifinal first leg. The two teams metin the first leg on Tuesday and it was Melbourne Victory who emerged victorious via a 1-0 scoreline. Jake Brimmer produced a moment of magic for the only goal of the game at AAMI Park thereby giving his team a slender advantage ahead of the second leg on Saturday. 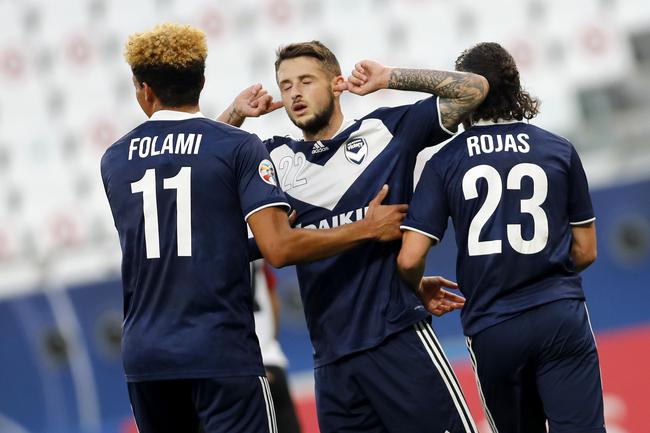 After a goalless draw in the first half, the aforementioned Brimmer scored the only goal of the game in the final quarter. Western United goalkeeper Jamie Young punched a corner kick clearand Brimmer produced a dippinghalf-volley from outside the boxthat found its way into the  back of the net for what turned out to be the winning goal. In a game of few chances, it was the moment of brilliance from Brimmerthat separated the two teams in favour of Melbourne Victory.

In his post-match press conference at the end of the first leg, Victory boss Popovic said it was a tough semifinal before adding that it was a real battle. Popovic is delighted that his team came out of the first leg with an advantage. According to him,Victory have a slender advantage at the halfway stage of their two-legged tie with Western United.

On Brimmer, Popovic paid tribute to the recipient of the winning goal as he hailed him for stepping up and producing a big moment for Melbourne Victory.