Australia A-League side Melbourne Victory have completed the signing of Argentine midfielder Matias Sanchez on a one-year contract. The 30-year-old was part of the Argentina Under-20 side which won the World Cup in 2007, and he has since not developed in the same wavelength as former teammates Sergio Romero, Sergio Aguero, Angel di Maria and Gabriel Mercado. 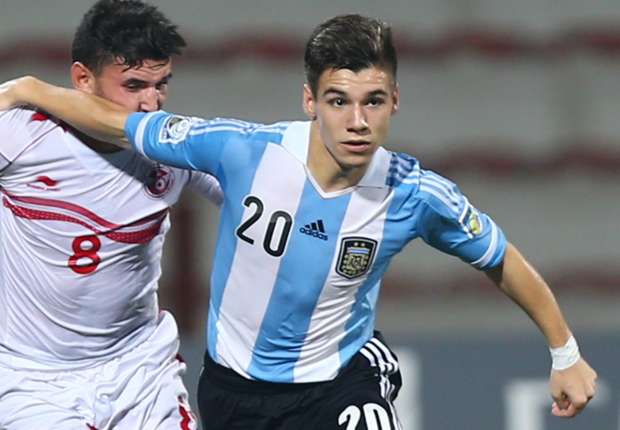 Sanchez started his initial career with Racing club before moving on to Estudiantes de La Plata side where he won South America’s prestigious Copa Libertadores in 2009. Prior to his arrival to Melbourne, the midfielder played for Club Atletico Temperley for whom he featured 33 times in the Argentine Primera Division.

Following his arrival, manager Kevin Muscat was delighted to add a player of his pedigree to the squad with the Asian Champions League likely to demand more options in the backend of the campaign, he said: “Mati is a terrific signing for us. His resume speaks for itself. He’s been in some very strong teams in Argentina and, more importantly, he’s tasted success at club level. “It’s going to be a big season for us with (AFC) Champions League commitments too, so depth is absolutely crucial if we’re going to withstand a busy schedule – especially at the back end of the season.”

Meanwhile, Sanchez, who arrived in Australia on Tuesday morning, is also looking forward to his first experience Down Under after having spent most of his playing career in his native Argentina, he said: “I would describe myself as a passionate player and a hard working midfielder. I hope the Melbourne Victory fans will enjoy the way I play.”

Melbourne Victory finished a massive 17 points adrift of Sydney, who claimed their second Championship. This year, after the signing of a number of star players, the NetBet – Official website has them as the second favourites once more.

It’s at times like this that you realise just how big a players Aaron Mooy was for the side, with the Australian now playing (and scoring) in the English Premier League on a regular basis. Huddersfield Town manager David Wagner backed Mooy to thrive under the pressure of the Premier League, and it seems to be coming true.

The Terriers earned promotion from the Championship via the playoffs last season, and Mooy was one of the players who impressed during the campaign. The 26-year-old initially arrived in English football through Manchester City, who decide to recruit him from sister club Melbourne City last summer. Thereafter, Moor was loaned out to the Terriers for the 2016/17 campaign with a view to gaining valuable experience in his first season abroad.

Moor notched five goals and four assists in 51 appearances across all competitions last season, and his performances had captured attention from the likes of Crystal Palace and Newcastle United – he was worth a punt on the Anytime Goalscorer market, especially if you had a bonuskod to double the odds. However, Wagner’s side were quick to pounce on the player’s services as they paid up a sum of around £10m to pursue him from Manchester City. Having already made a huge impression at Huddersfield, Wagner feels that the midfielder has the ability to make the cut against the Premier League’s elite with his price tag unlikely to hamper his performances in the playing field.

Mooy provided an assist in the Premier League opener against Crystal Palace last weekend as the Terriers clinched a surprise 3-0 victory over their south London counterparts. Steve Mounie scored a brace in the game at Selhurst Park.