Melbourne Victory have taken a major step towards improving the talent within the squad by signing highly rated youngster Jay Barnett. The 18-year-old joins the club on a one-year contract as a scholarship player. He was part of the Joeys AIS group finals and he made the switch to Brisbane Roar in 2017. He made his debut for the team in the A-league against Western Sydney Wanderers back in January. His talent has been the undisputed and Barnett was a key part weekend Brisbane Foxtel’s successful campaign in the Y-league. 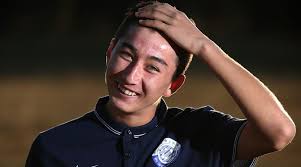 The midfielder has claimed that it is a huge honour to join a club like Melbourne Victory, who are without a manager following the departure of Kevin Muscat after a huge deal of time. There will be a lot of transitional changes at Melbourne Victory, but it is expected that Barnett’s quality will earn him a lot of time together. The club have also confirmed that Rahmat Akbari has made the successful return back to Brisbane as a result of his contract coming to an end. Whilst many pundits cheekily pointing to his interest in the melbourne cup 2019 as being the main reason for his return, Rahmat Akbari made the switch to Melbourne Victory for the 2018-19 campaign on a one-year contract. Over the course of the previouscampaign, he featured in 11 appearances for the senior team.

Rahmat Akbari was thanked me Melbourne Victory for his efforts in the 2018-19 campaign.“It’s a great honour to be joining a club of this size, and when I first heard of their interest in me, I had no hesitation in making the move.I see an opportunity here to progress and develop my game further and I just want to play as many games for the Club as I can,” said Barnett. The important progression for Barnett will be to feature regularly in the upcoming campaign and continue his development rather than stagnate at a big club.