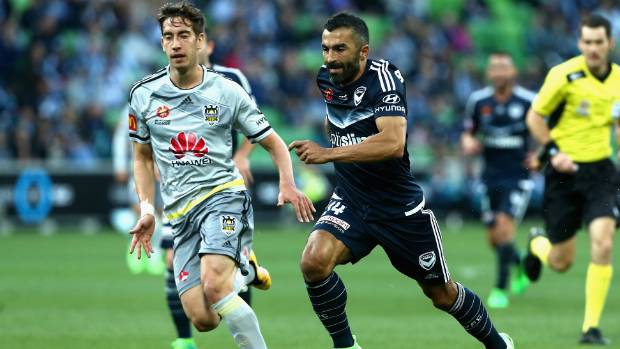 The result was stunning as the hosts presented a full-strength squad but with two weeks from the finals everything came crashing down.

Roly Bonevacia scored two long range efforts in the first half of the encounter to draw concern from Victory ahead of the finals. The goals weakened the confidence in the team and Jason Geria reacted to it. The end was him being booked – this means he would miss the next match due to suspension.

The manager Kevin Muscat hinted that Victory would take the game to the visitors but the ball barely reached the front. They were no threats in the first half. Bonevacia was just the man roaming the pitch – the man named to be off to Western Sydney next season.

Bonevacia stole the ball from Gui Finkler outside the box but he moved quickly before he unleashed a powerful drive past goalkeeper Lawrence Thomas in the ninth minute. Barely 25 minutes into the game, Bonevacia scored his second as Victory seemed to give the ball too easily. The player even had more time compared to the first – a hard lesson for Victory defenders.

Marco Rojas and Besart Berisha blew their chances without even making an attempt on goal. They eventually came out from their shell but failed to really test Phoenix keeper Lewis Italiano. In the 72nd minute, Kosta Barbarouses was clear on goal but Alan Baro fouled him. The referee quickly dished out marching orders, effectively killing any hopes of a comeback.

Tom Doyle and Shane Smeltz combined to get the third goal for the visitors. James Troisi was the culprit here and he showed his frustrations.