Kevin Muscat says that Victorian clubs are at significant disadvantage in the A-league due to the sheer amount of travel that they have to go through over the course of the campaign. Western United will be linking up as the latest team in the A-league and they are the latest outfit from Melbourne to join up with the division. So far, New South Wales has had a large number of clubs and they have been operating with an advantage, according to the Melbourne Victory manager. Since teams from that part of the country have had very little travel, they have an obvious advantage over the course of the campaign. 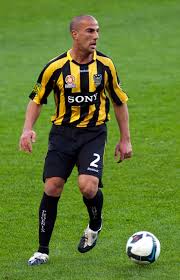 New South Wales have four teams and most of the games between these clubs results in very little travel across the states. As a result of adding another team from Melbourne, Kevin Muscat says that it may even out the amount of travel to a greater extent. The likes of Wellington Phoenix and Perth Glory have had a major disadvantage in terms of travel, as they are in the opposite end of the country. Over the course of the campaign, these teams will be travelling more than any other outfit. However, Kevin Muscat can hope that in this new change will help his team had more titles along the way.

“It’s great to have more teams. There’s a positive, as well. The teams in New South Wales have had to travel less than anyone since the inception of the competition (in 2005).They’ve had four teams, so they travel less interstate. Now it will start to even up a little bit. We have another team in Melbourne here, so it will start to even up in terms of the amount of travel. They’ve had an advantage that’s really gone unnoticed for a number of years,” said the Melbourne Victory manager. Tags: Kevin MuscatPerth GloryTeams