Sydney FC have made an excellent start in their bid to retain their A-League title this campaign after taking ten points from a possible twelve in the top flight. Brazilian striker Bobo hit 15 goals last season and appears to have carried on where he left off with four in as many games so far this campaign. He will be pivotal to their chances of retaining their crown this year. 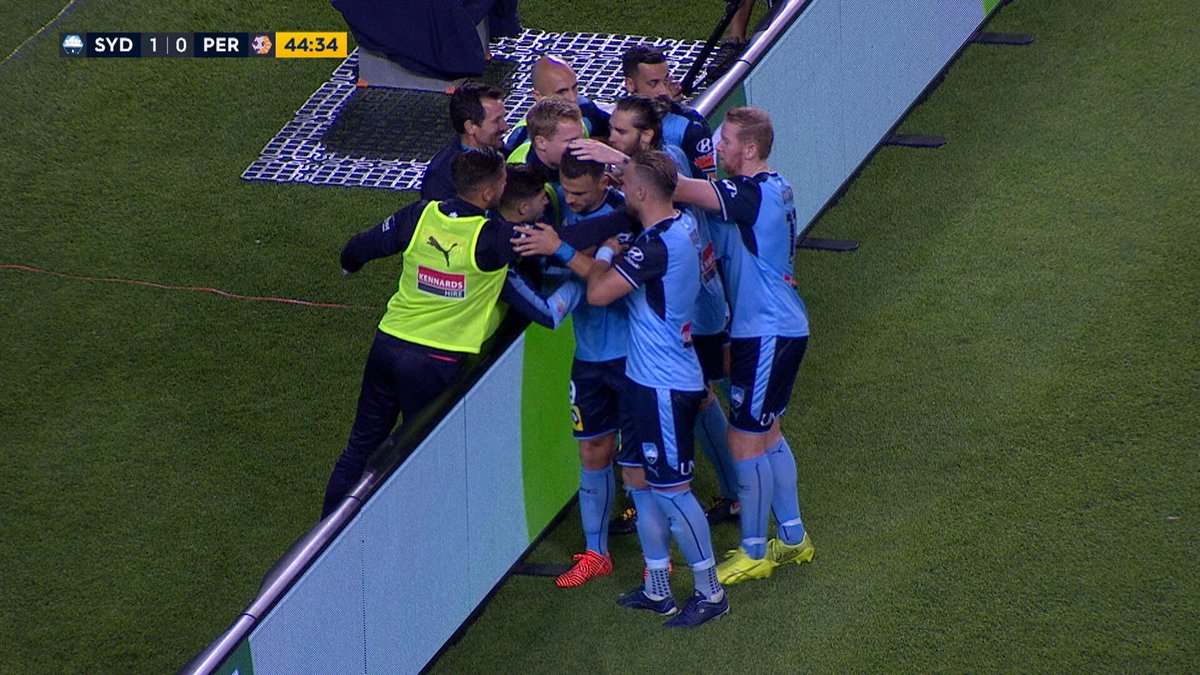 In May 2017, Sydney FC announced that they had managed to retain the services of Bobo with fans welcoming the news that the hitman would be staying with the club until the end of the 2017-18 season. He is one of two marquee players in their squad who averaged just shy of a goal every two games last season and is also the club’s regular penalty taker.

His total was the second highest of any Sydney FC player during a single season and his strike against Perth Glory on October 27th moved him into third on the Sky Blues’ all-time scorers list. He is certainly clinical and his conversion rate in a Sydney FC shirt is excellent.

The club triumphed 4-2 on penalties during the 2017 A-League Grand Final to wrap up their first title since 2009 and coach Graham Arnold has been able to tie down the vast majority of that successful side, including Milos Ninkovic, who slotted home the winner from the spot during the end-of-season showdown.

Bobo has previously plied his trade at Corinthians, Cruzeiro, Kayserispor, and Besiktas, where he ended the 2006-07 season as the club’s leading goalscorer with 20 strikes. He went on to net against Liverpool in the Champions League. 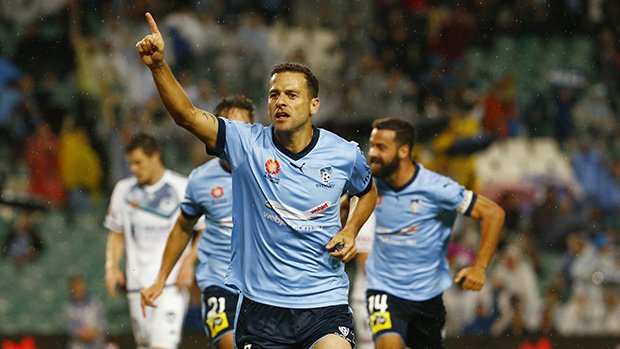 Sydney FC didn’t have things all their own way against Wellington Phoenix on October 15th as they triumphed 3-2 at the Allianz Stadium but faced a nervy last 30 minutes as their opponents pushed for an equaliser. Bobo scored twice, either side of a Michael Zullo strike, and it proved to be enough to clinch all three points. The Brazilian missed a penalty against Perth Glory but his error didn’t prove costly as he managed to find a way past Glory goalkeeper Liam Reddy just 20 minutes later.

The Sky Blues are aiming to add to their three A-League titles and they’ve started the new campaign in swashbuckling fashion. Since the division’s inception in 2005, only Brisbane Roar have managed successive triumphs, finishing top of the pile in both 2011 and 2012.

Sydney FC will be aiming to dominate the division once again, and they have been priced up as favourites to do so by many online sportsbooks. Any soccer fans who are considering backing the Sky Blues and Bobo for yet more success will be able to use their free bet at Champion Bets to get behind the club, with major bookmakers including Ladbrokes and CrownBet offering all new punters the chance to boost their betting balance.

Bobo is full of confidence and is an integral part of a side who certainly contain a ruthless streak. Whilst many of their rivals have improved during the off-season, the club can be confident of making another bold bid for the title and the Brazilian will be key to their success once again.