Melbourne Victory are about to enter into a new Australian A-league campaign with several changes to the setup. Even though many will be concerned that long-term coach Kevin Muscat is no longer at the club, Leigh Broxham is taking the changes in a positive fashion – both on a personal and team note. The arrival of Marco Kurz is the single biggest change at Melbourne Victory after Muscat stepped down from his role.Broxham is aware that the new manager is likely to have a different philosophy compared to the one that has been known for Victory’s success in the A-league. 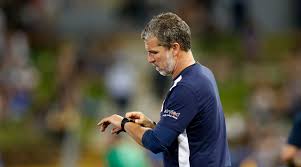 Broxham is expected to retain the captain’s armband even under the new manager. However, it is expected that his role may change given that new ideas are coming in. A major shift has also been the new squad assembled by the manager. In order to make his mark on the team, Kurz has signed a number of new faces over the summer. Last season, the club were only able to manage a play-off finish. Now,Broxham is confident that the squad will be able to fight for the top spot this season. There will be a lot of competition in the squad with fight for places being more prominent in the first few weeks of the season.

Victory start the new campaign against rivals Melbourne City in the first game of the season. “Marco’s got a different style to previous coaches that I’ve had so it took a few weeks initially to get used to his ideas and the way he wants to do things, but the change has been nice.We’ve taken every game pretty seriously and with a new coach, positions and spots are on the line.There are some young guys who have come in that are really thriving under Marco, but they’re all good players and also really good people. That helps a lot in the changerooms too,” said Broxham.
Tags: BroxhamMarco KurzMelbourne
Share:
facebook
twitter
whatsapp
pinterest
linkedin