Brisbane Roar head coach John Aloisi is happy with the performance of his side despite going down to Melbourne Victory by a 3-1 scoreline. 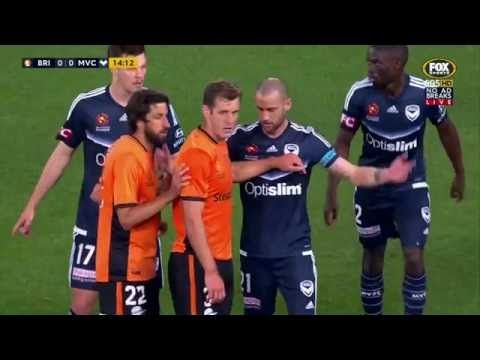 Brisbane did not arrive in Ballarat until Friday afternoon after they were forced to take an early morning flight to Melbourne which was followed by a two hour bus trip to the Inland Victorian city.

Speaking after the game, Aloisi admitted that his side put in the best performance of their pre-season – barring the first 15 minutes of the match, where the Victory took an early 2-0 lead. He said: “The players said how stiff they felt at the start of the game. We thought an extended warm-up might help, but that’s why we had such a slow start and why the Victory got the jump on us. Otherwise we played really well. We created about six or seven clear chances. It’s the best we’ve played so far in the pre-season.”

Aloisi had wanted the squad to arrive a day earlier to make the preparations, but it appears that the club knocked back the request due to financial limitations. Surprisingly, the Ballarat Council paid for the Roar’s flights and accommodation on Friday night, but the club were reluctant to spend anything other than refreshments from their pocket – a bit like football fans who will only have a punt when they have a bet365 bonus code in hand for a free bet!

On the other hand, Besart Berisha bagged a brace for Victory with Jai Ingham also finding the scoresheet for the hosts. The Roars will continue their pre-season with game against NPL Queensland side Olympic at Goodwin Park this weekend. Brisbane Roar came a distant third in the Premier series last term while they reached the semi-final stage of Champions series – both of which were won by Sydney FC.