“It’s like hell, you cannot imagine what happens there” said one former Australia coach when asked about playing in places such as Honduras. Hell will indeed be the reality for the Socceroos when they face the Central American side in San Pedro Sula. The Aussies will travel to Honduras and one of the most-dangerous cities on earth, as they look to secure their fourth consecutive World Cup berth. 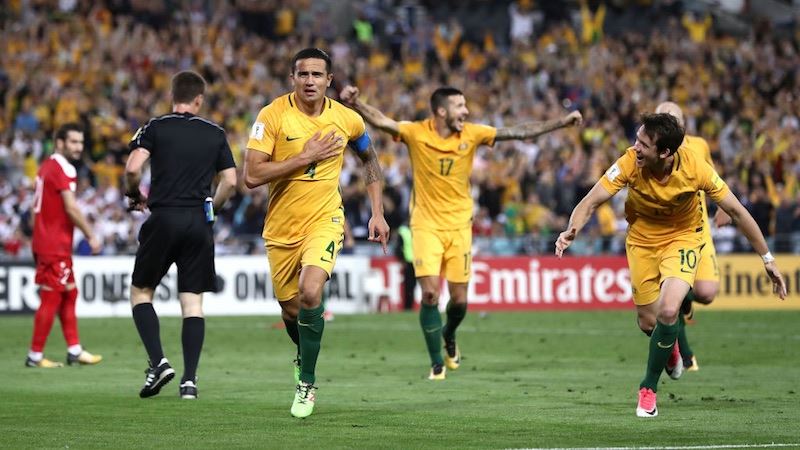 While avoiding the United States was seen as a blessing, the Socceroos must now be wondering if they’ve been let off lightly after all. Throw in the fact both games will be played in the space of five days, including 24-hours of transpacific travel, and this could be a gruelling tie for both nations.

Honduras coach Pinto has already stated his disapproval with the match-up, branding it ‘inhumane’. “It is inhumane for FIFA to put the dates so close with such a long trip,” Pinto said.

Amongst all the fuss, Australia are narrow favourites at around 10/11 to qualify for the finals. Honduras can be taken at 4/5 but as we’ll see, a better strategy for anyone backing the Socceroos would be to look for free offers and promotions as the outsiders may be the better option.

TIP: Under 2.5 goals at 6/5
Australia have taken the interesting measure of basing themselves in Honduras a full week ahead of the first clash. The decision was taken by coach Ange Postecoglou and Football Federation Australia, deciding that it would be the best way of acclimatising. Players will begin to arrive in Honduras from the 5th of November, with further members of the squad arriving on the following days.

Not present for the Socceroos will be Mark Milligan and Mathew Leckie, both of whom are suspended for the first leg after picking up their second yellow cards in the matches with Syria. Those are two significant losses and not ideal given the conditions Postecoglou is already up against.

In fact, Postecoglou has already caused a stir by suggesting he will be walking from the job as Australia’s coach whatever the outcome of this tie. The former Melbourne Victory and Brisbane Roar boss has since tried to clear up the mess, albeit unsuccessfully. It’s hardly the ideal build-up to such an important tie but Postecoglou insists he is fully committed in the meantime.

“People are really worried about my future — they should be worried about these two games.” said Postecoglou in his most recent interview.

Things have been better for Honduras, though it will not be all plain sailing for Pinto’s men.

TIP: Honduras to qualify outright at 4/5
Honduras captain, most capped player, Maynor Figueroa and main striker Alberth Elis are both suspended for the first game. The latest blow has been Eddie Hernandez suffering a fractured cheekbone while playing for club team Motagua. It’s expected he will miss both games, though Pinto says he will follow the recovery process carefully should there be a major change.

The injury has angered Pinto, who hopes he’s seen the back of a string of injuries leading up to the double-header. He does expect Romell Quioto to regain fitness in time for the games against Australia however, after coming off injured while playing for Houston in an MLS game.

While the injuries are a hindrance, ’Los Catrachos’ have reached the last two World Cups off the back of a superb home record. On the road to the last three tournaments alone, they have lost just four of 25 home qualifiers.

Honduras must be aware of their lapses in concentration too. They have conceded late on in qualifying against the US, Panama and Costa Rica. Managing to finish in fourth place allowed them to take part in this do-or-die clash.