The 2018/19 A-League season is officially underway and plenty of punters will be backing Melbourne City FC to win the title for the first time since their formation back in 2009. With ex-Manchester United Reserves manager Warren Joyce at the helm, Melbourne City have a competent, experienced head coach and he could be the difference between success and failure this campaign. 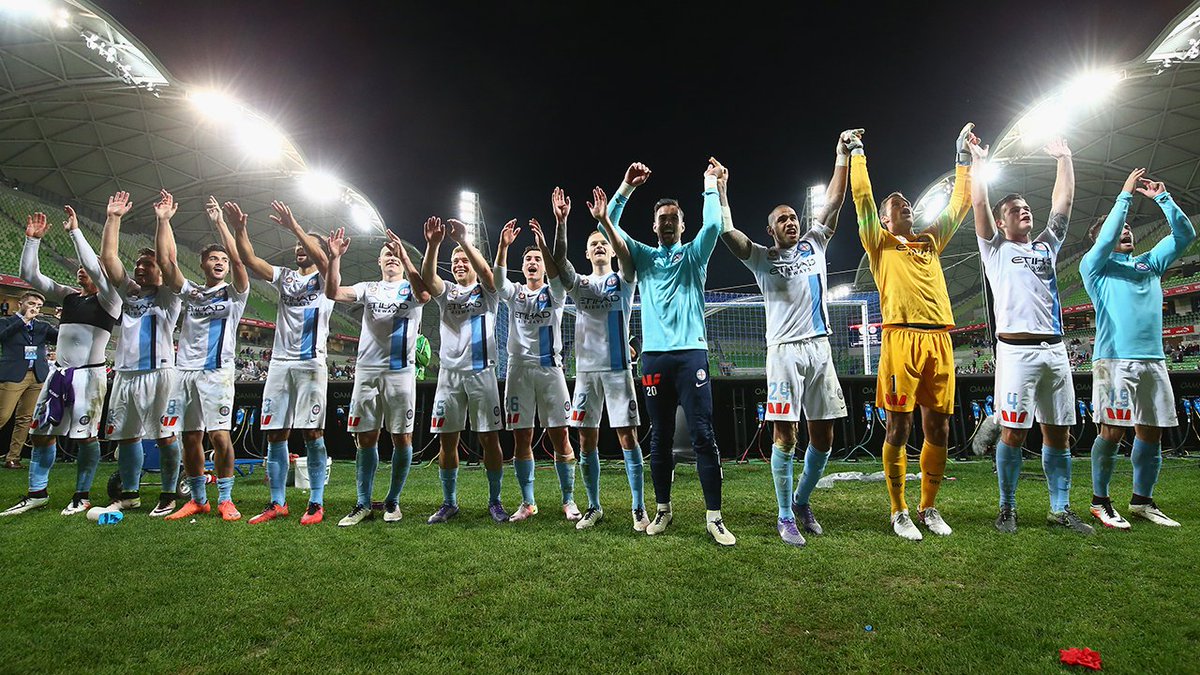 City got off to the perfect start on the opening weekend, snatching a come-from-behind win away at defending champions Melbourne Victory. The Blues went behind midway through the first half but showed resilience and courage to get on level terms before the break. With less than 20 minutes remaining, 19-year-old Riley McGree popped up with the winner to complete a famous turnaround; much to the delight of the travelling faithful.

Relive our season opener in a minute as we took out the first #MelbDerby of the season. pic.twitter.com/C8aDl0T2EQ

Winning the first game of the season is always nice but beating your city rivals after they’ve just won the A-League title a few months ago is extra special. If supporters weren’t taking City seriously before, they will be now. The visitors rode their luck a few times in that clash but three points is all that matters and Joyce’s side will now head to Central Coast Mariners for another tricky contest.

Melbourne City are on the verge of something special and their fans know it. The Blues have reached the playoffs in each of the last four years yet City have continued to make the same mistakes on the big stage. That will not happen in 2018/19. Joyce will have his troops fired up and focused for a deep push at A-League Grand Final glory and tipsters will be keeping a close eye on City throughout the season.

As of October 24th, football betting odds show City at 9/2 to win the crown – and it is easy to see why. The Blues are going to focus on making themselves difficult to beat this season, Joyce’s experience in English football should help Melbourne City to tighten up at the back. It may be something of a slow process but early indications are that City have already started to adapt.

Sydney FC were early favourites before the opening weekend and lots of fans will fancy the three-time A-League champions to claim a fourth title. In addition, the Victory cannot be dismissed easily after storming to the Grand Final crown last year. For neutrals, it is exciting to see Australia’s top flight developing into a competitive and entertaining division.

Write Melbourne City off at your peril. It is still VERY early days but Warren Joyce’s side are looking like the real deal this year. Sydney FC and Melbourne Victory will be tough rivals at the top of the table but City have the quality and organisation to keep their opponents at arm’s length. Watch this space, we could see City crowed A-League champions for the first time on their 10-year anniversary in Australia’s top flight.